Note about the author - Miodrag BOZOVIC

The author of Cosmopolite is native from Pula (Pola) – ISTRIA. In Pula he completed his high school education: Scientific High School “Branko Semelic” and Conservatory of Music “Ivan Matetic Ronjgov”. He studied accordion but he also learned to play guitar and piano. Thanks to the music, and accordion in particular, he had the opportunity to travel abroad and was awarded with several national and international prizes. 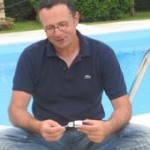 The author also holds Master CEMS degree obtained jointly from ESADE Business School (Barcelona) and BOCCONI University. This Master program was focused on European Union development and International Management. In 2009 the CEMS program has been ranked the number 1 Master’s in Management programme in the World by the Financial Times.

During his Investment Banking professional experience he was part, for a year, of Ambrosetti’s Young Leaders program and he successfully completed the CITICORP Development Program in finance (New York). 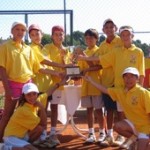 In 1996 he founded Smrikva Bowl and in 2002, jointly with Maureen Connolly Brinker (MCB) Tennis Foundation, he also founded “Little Mo”/Smrikva Bowl – the first ever under 10 international tennis competition between the United States and Europe. Today Smrikva Bowl is considered one of the most important under 10 tennis tournaments in the World.

His professional experience includes 9 years of M&A (Mergers and Acquisitions) experience in the Investment Banking Industry.

The author gained his experience in prestigious Financial and Advisory Institutions such as: KPMG, JP Morgan, Citigroup, Banca IMI and UBS.

“Istria from Smrikve” was his first E-book and is on line since 2009. It is a gift to Smrikve and people who enjoy different cultures. His E-cultural tourism guide aims to provide the reader with useful information about the places that should be visited in Istria and promote Istria as cultural destination.

Cosmopolite is another authors’ gift to the friends of Smrikve…