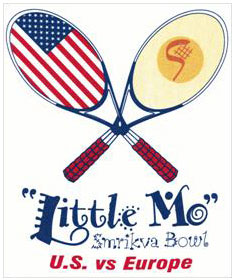 In 2002, the Smrikve Tennis Club joined forces with the Maureen Connolly Brinker Tennis Foundation and created the first-ever international competition between the United States and Europe for boys and girls under 10 and named it the “Little Mo”/ Smrikva Bowl. The “Little Mo”/ Smrikva Bowl was a unique and traditional meeting of the youngest and most talented players in the World.

Over the years Smrikva Bowl has grown from being a European competition into being a Global competition and also the MCB Tennis Foundation has developed several years ago the Little Mo International format thus from 2011 onwards, after nine “Little Mo”/Smrikva Bowl editions, top Little Mo National players have the Wild Cards reserved for the Smrikva Bowl.