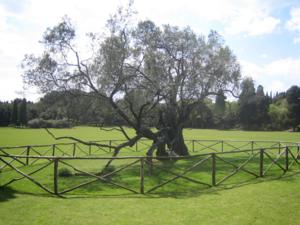 The International Day of Peace, also known as the World Peace Day, occurs annually on September 21st and this day has been elected to be also the Smrikva Bowl Ambassadors’ Day.

It is dedicated to peace, or specifically the absence of war, such as might be occasioned by a temporary ceasefire in a combat zone. It is observed by many people. For the first time this holiday was celebrated in 1981.

The Smrikva Bowl Ambassadors Day, although celebrated on the same day as the World Peace Day, is dedicated to civilization, intergenerational responsibility and tennis. Without civil society in a modern world there is no guarantee for peace.

In 1981 the United Nations General Assembly declared, in a resolution sponsored by the United Kingdom and Costa Rica, the third Tuesday of September (the opening day of regular sessions of the General Assembly) as the International Day of Peace devoted to commemorating and strengthening the ideals of peace and civilization values.

In 2001, the day was changed from the third Tuesday to specifically the twenty-first day of September. A new resolution was passed by the General Assembly, sponsored by the United Kingdom (giving credit to Peace One Day) and Costa Rica (the sponsors of the original day) to give the Day of Peace a fixed date and declare it as a global ceasefire day.

In 1991, on September 21st, I left Smrikve for Milan, it was the war time in my country, 5 years before, on the same day, in 1986, I sailed with a boat to Dubrovnik with school friends living a nice life time memory experience.

Not nice could be compared to a mistake in tennis… we learn from the mistakes. They help us understand what is not good or what we do not do properly…

To end this comment I am pleased to repeat words of a Nobel Prize for Peace who was guest speaker to one of Ambrosetti’s Young Leader Group meetings. It is a tradition that every guest dedicate few words to the Group and he wrote down the following:

Everything around us lives in a delicate equilibrium and with intelligence we should try to understand it and respect it. The knowledge, human curiosity and will to learn are important. They are all parts of the civilization path.

Shimon Peres used in his note the statement: “Do it!” thus reminded me Yoda’s wisdom words when he shares his knowledge with young Jedi: “Try no. Do or do not “ :)