Marcana – Marzana: “The old Roman Marciana and the native place of Eduard Calic”

Marcana is another old Istrian settlement located in the south eastern part of Istria, on the old Consular road Via Flanatica. It is the village of many wells. On Stancija Peliceti, between Pula and Marcana, Dragutin Karlo Rojnic produces a very limited collection of CARLO HISTRIA MIX - marked with the title of World's top quality ecological olive oil. 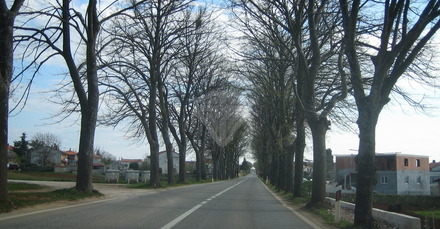 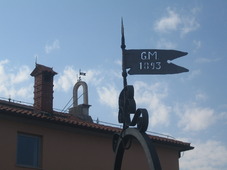 Marcana is today a village spread around the main road that cross the village.

There are not many very old buildings that you can see today but you will be surprised by the number of wells you will see walking through the old part of the village. The public well near the Municipal palace was built in 1893 and is the most beautiful one.

The Roman and Byzantine sculptures that were found in Marcana have been transferred to the Pula’s Museum.

In the centre of the village there are still few nice buildings and there are two churches.

Tha Parish Church of St. Peter and Paul dates back in the 15th century while the 25 meters high bell tower is from 1846.

It is likely that on this site existed an older church from 9th – 10th century. 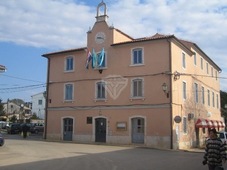 During the Roman Empire period Marcana belonged to the Roman family Marcia and at the time was named Marciana.

The first written document about Marcana dates back in 1243, when Andreas and Ioannes from Marcana signed, in the name of the village, loyalty to the Venice Republic.