Rakalj is located on the eastern side of Istria near to the Rasa Bay. Following the road to Barban you have to turn right in Marcana towards Mutvoran. Krnica is the first village after Mutvoran and the next village is Rakalj. Ruins of the old Rakalj's castle should not be missed by those who loves the nature and beautiful views. 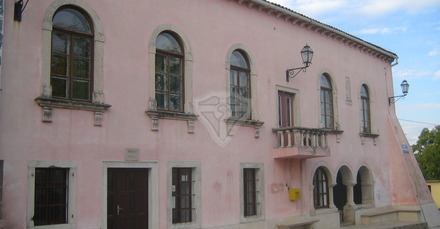 Rakalj was historically famous for the production of earthenware and stonemasons. Loredan family, the Lords of Barban, of Rakalj and of some other Istrian villages, left one of the most interesting buildings in the village.

Rakalj is also the birthplace of one of the greatest Istrian writers of the 20th century named Mijo Mirkovic, more famous with his nick name Mate Balota. Mate Balota was not only the writer but also the economist.

When you arrive to Rakalj with your car, you will be very close to Mate Balota’s birth house. On the first cross road in the village you will see one street that goes left and the other street that goes right. 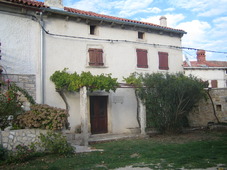 If you take the street that goes right you will see a small court yard and in this court yard in the left angle you will be in front of Mate Balota’s house.

The house houses a small Mate Balota museum but to visit it you need to search the key at the Mate Balota cultural association that is located in Dalamtinska street. 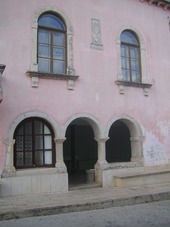 If you turn back, and take the street that goes left you will arrive in the main square of the village where Loredan’s palace is placed with an old tree in the middle of the square.

It is an interesting coloured building with a loggia with three vaults on the basement of the right side of the main façade.

There is also Loredan’s family coat of arms above it from 1537 and a small balcony in the middle of the façade. Also the windows with vaults on the first floor are very interesting.