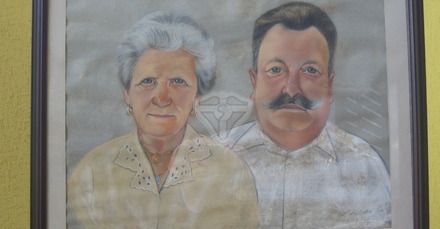 For more than thousands of years Istria had the peripheral position in regards to the Latin and Slav world as you can easy understanding reading about Istrian towns and villages.

Practically since the time of the Byzantine Empire, when Slavs’ immigration increased, this two culture have co-existed in Istria.

In the last thousands of years and specially since 1374, when Pazin’s County passed to the Austrian Hapsburg family, Istria was also a meeting point of the Central European and Mediterranean civilizations. All this historical periods are also reflected in Istrian traditional music.

What makes particular Istrian music is the two part polyphony. Once you hear Istrians singing in thirds you will remember it forever.

The most popular two part polyphone is called “na tanko i na debelo” and what is also particular in this music is the fact that is used the “Istrian scale” that is different from the standard music scale. 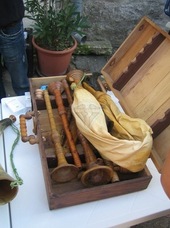 I do not know the exact origin of the name “rozenice” but I know that usually is played in double like singing is used in double in the Istrian traditional music.

“Roze” in Istrian means “Roses” and the rose has been for centuries a symbol of love. When I think about Istrian people, and the way my grandparents were singing “na tanko i na debelo” I can imagine and feel love in the way they do the interpretation of their songs.

I like this idea of natural harmony where you need the union of two living beings to create new life. The way Istrian traditional music is interpreted and the name of the famous Istrian instrument “rozenice” that is often played in pair make me think about love.

On this page you can also listen using the music player two songs that my grandparents recorded with Renato Pernic for the Pula Radio on December 5th, 1973. The songs they are singing are the following:

Zrasal mi je zeleni bor is the song my grandparents performed during their Golden marriage in 1990 thus I would assume that this song was the one they liked a lot. The name of this song in english could be translated in "The green tree has grown".

I think for the reader is interesting to hear what singing in thirds "na tanko i na debelo" means. You can use many tecnical words to describe the tecnique they used but the best way is to have the opportunity to listen the sound to get a feeling of it. Two-part singing and playing in the Istrian scale was inscribed in 2009 on the Representative List of the UNESCO's Intangible Cultural Heritage of Humanity.

There is another more modern Istrian composer named Bruno Krajcar that in his songs almost always put the flavour of the Istrian tune.