Karpinjan is located in the countryside of Novigrad, in the north western part of Istria. This is another place that is worth to be visited because it hosts one of the famous Istrian landowners countryside villas. With a little bit of imagination you can get the idea of the past beauty of the complex. 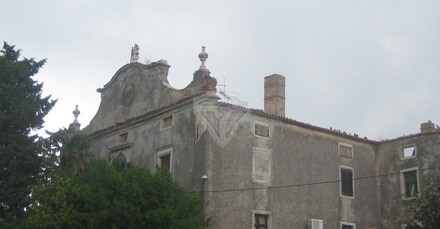 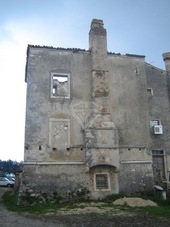 In 1762 Count Carlo Rigo built this interesting villa on his land in Karpinjan nearby Novigrad.

The complex is today in a very poor conditions but it witness the refined taste and the high culture of the Istrian landowners.

Carlo Rigo lived in Novigrad and was part of the town’s aristocracy. In the town of Novigrad they lived in a Palace that today was turned into a Museum.

The villa in Karpinjan is among the most interesting countryside Istrian villas that has been built in Istria during the last centuries although it is not the only one and is not among the best preserved.

All the above mentioned villas and palaces have developed following a smiliar concept. They have in the centre of the complex the main building and on the each side there are lower husbandry buildings. 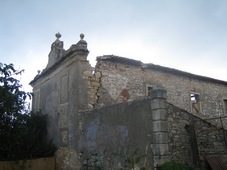 Unfortunately not much have been preserved of the beauty of this Istrian countryside villas and significant investments should be made to bring it to its original beauty.

The place around Karpinjan has been inhabited since long time ago as testified by numerous Roman findings and tombs that dates back into the 4th and the 6th century.

Like the other Istrian towns and villages also Karpinjan had different names in its long history and is known that in the 17th century was named Carpenedo.

As underlined above, Rigo family complex in Karpinjan like many other Istrian villas is not well preserved, but is worth visiting because with a little bit of imagination one can get an idea of how the property was looking in the past times.