Ucka is the highest Istrian mountain. Romans used to call it Mons Maior. Its 1396 meters high peak is named Vojak and is visible from almost every part of Istria. The veiw from its peak will be rewarding if you are lucky to visit "the roof of Istria" during a nice day. 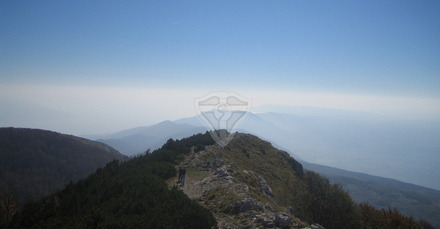 There are several natural water springs on Ucka and it is very interesting that Romans in 32 BC built over 60 kilometres long aqueduct from Ucka to Pula. The Roman capability for construction and organization was incredible.

When you arrive to the junction with the road towards Mala Ucka, don’t take the turn to Mala Ucka but continue to drive following the main road. After 200 meters there is a curve that sharply turns right.

You should park your car there and continue on foot. It is not allowed to take the car up to the top of the mountain and if this does not change before your visit the mountain, you need to walk a little bit less than 5 kilometres to enjoy the fabulous view.

In 1999, Ucka mountain was proclaimed the Park of Nature. If you decide to come to Smrikve and to visit some Istrian towns and villages you will also inevitably visit some of the protected areas.

Brioni islands are the only National Park in Istria but there are several landscape protected areas such as: the Lim Bay, the pit of Pazin, the area of Gracisce-Pican, the upper and lower area of Cape Kamenjak, the surroundings of the Istarske Toplice near Buzet, the islands and the coastal area of Rovinj, the area between Labin and Rabac, and the area of Ucka mountain.

In all these places the nature is beautiful and from Ucka during the nice weather you will be able to see most of the above mentioned places. According to many people, from Ucka you have the most beautiful view in Croatia.

The first registered ascent of Ucka dates back to 1722 and was performed by Zanichelli, a botanist from Venice. In 1730 he published a botanic book about Ucka’s rich vegetation.

Another famous Ucka visitor was the Saxon king Friedrich August II who climbed the mountain in 1838 and in 1845, when he was joined by Josip Ban Jelacic.

To facilitate the ascents of Ucka, the Austro-Hungarian Emperor Joseph II in 1785 completed the road Pazin – Boljun – Poklon on Ucka – Kastav and named it the Istrian Josephine. The old Roman Consolar road Pula - Labin – Ucka – Veprinac – Kastav was also passing over Ucka. 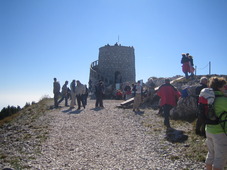 In 1911, on Vojak peak, a four meters panoramic tower was built. On the tower’s observation area, you will find useful signs indicating main viewpoints in all directions.

Ucka, for its natural beauty, has always been the target for naturalists, climbers, excursionists and tourists, but recently it has become very popular as a meeting place of paragliders from the nearby countries. If you are lucky you may observe during your visit this spectacle.