Brijuni – Brioni: ““Islands of peace” in an extraordinary stage made as the mix of the natural beauty and Paul Kupelwieser’s realised dream”

Smrikve is located only few kilometres from the Brioni islands. You can reach the islands from Fazana by taking the boat that after three kilometres of navigation will take you to the Big Brioni island. The historical heritage of the islands is important while the nature is beautiful. 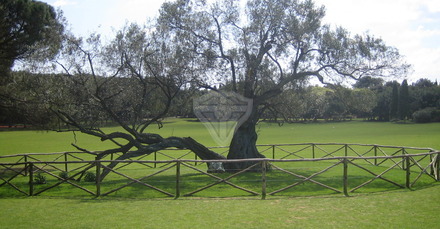 On your arrival to Big Brioni there will be a small train waiting for you if you choose the guided tour. I would advise you to take the guided tour and later on you can rent a bike or the golf car to visit some places on your own that are not covered with the guide. In the following text I will let you know what is really worth to be visited after the guide on your own.

Big Brioni is the largest island with an area of 690 hectares. The Brioni archipelagos are a National Park since 1983 and consist of two big islands: Big and Small Brioni, and several small islets. Kabula is the most northern and smallest islet on which the lighthouse is located followed by: St. Mark, Gaz, Okrugljak, Supin, Supinic, Galija, Grunj, Vanga, Madona, Vrsar, Kozada and St. Jerolim.

The Brioni islands have a very interesting cultural heritage. Even dinosaurs lived on the islands and to visit the footprints you will have to do it on your own because the guided tour does not cover that part. In 1934, A. Bachofen-Echt, the Austrian palaeontologist, found dinosaurs’ footprints on Big Brioni island.

There are two islands that can be visited on your own: Kozada and St. Jerolim. When I was a kid we used to go with batana boats to Kozada for parties. I have very nice memories from those times. St. Jerolim is another very nice place for swimming. 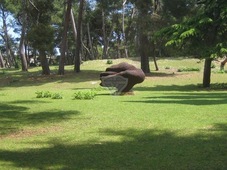 If you take the boats that propose you the tour of the Brioni islands in Pula they will take you around Brioni and leave you on St. Jerolim island for few hours. You can swim and do a quick visit of the island but the island you should see is Big Brioni. Brioni are famous in the World for what a man was able to make on this island starting from the end of the 19th century.