Umag is located around 80 kilometres from Smrikve and is a very special place during a week in July when the Studena Croatia Open - ATP tournament is played in Stella Maris tennis centre. Slavko Rasberger, the former tournament director, has created one of the most beautiful Istrian public events, confirmed also by numerous ATP excellence awards. 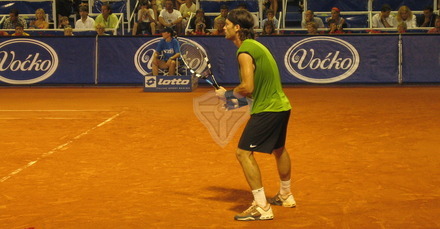 If you are in Smrikve that week you should take a day to visit the tournament. Mr. Slavko Rasberger, the former tournament director, created one of the most spectacular public events in Istria and probably Croatia.

The tournament was organized for the first time in 1990. With a limited amount of money Mr. Rasberger was able to attract every year some of the best tennis players in the World like: Goran Ivanisevic, Carlos Moya, Ivan Ljubicic, Rafael Nadal, Novak Djokovic, Nikolaj Davidenko, David Ferrer, Guillermo Canas, Goran Prpic, Thomas Muster, Gustavo Kuerten, Marcelo Rios, Juan Carlos Ferrero, and many others. 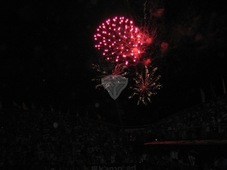 Every year the closing ceremony in Umag is a beautiful moment. The tournament hymn “What a Wonderful World” is played together with the fireworks. It is a real spectacle. Hopefully one day some Smrikva Bowl players will return in Istria to play also this tournament.

Lets return to the old part of the town of Umag that is worth to be visited. Umag was built on the foundations of Roman settlement Humagum. The old town is very small and is located on a peninsula like Porec. Until 19th century the old town of Umag was an island. Partially the older settlement has retained its original Medieval urban structured characterized by the narrow streets and small squares that create a charming atmosphere.