Pula – Pola:”Augustus’ and Vespasianus’ town, town of the Arena and the town of the Smrikva Bowl“

Smrikve is located just few kilometres from the famous Roman amphitheatre Arena. Pula is another Istrian town with over 3000 years long history. In its long history Pula had two periods of splendor: the Roman Empire and the Austro-Hungarian Empire period. Many personalities were inspired by Pula's architectural artworks. 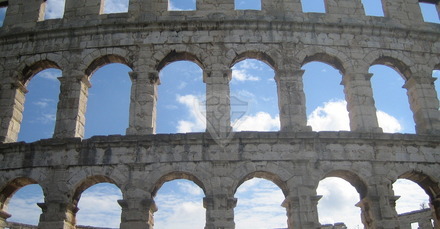 During its long history Pula had two major periods of glory: the Roman period and the Austro-Hungarian Monarchy period. If you come to Smrikve you should take time, at least couple of hours, to visit the places that recall these two periods of Pula’s Renaissance.

Pula is the largest town centre of the Istrian peninsula and is located in a well indented, protected and deep bay, which has given Pula the important role of being a good port providing secure anchorage. Pula’s harbour was considered one of the most secure natural ports in the World. 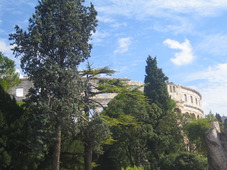 The visit of Pula should start from its most representative monument, the Roman Arena, that is also the symbol of Pula. The Arena is located at the very entrance of the town and you can park the car right below the Arena in the parking area named “Karolina”.