Buzet is an old Istrian town that preserved most of its medieval town structure. It is located on 158 meters high hilltop in the Mirna valley, in the middle of the northern part of Istria. Buzet was important Roman settlement but was also the seat of the Raspor's Captaincy during the Venice Republic. 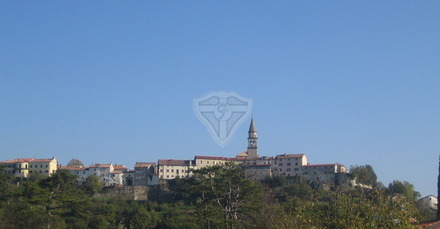 Buzet is also named the  town of truffles. From every road you arrive to Buzet there is a beautiful view towards the fortified old town.

This is the most important holiday in Buzet and is popularly called Subotina (which means Saturday). 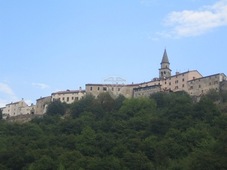 During Subotina, the streets and squares of Buzet turn into the old times stage. In such a scenography set within the old town walls you can take part in a variety of ethno workshops of ancient and almost forgotten crafts.

Carpenters, shoemakers, coopers, tailors, comb makers, basket weavers, oil producers, wavers, and pharmacists, as well as other master of old crafts will demonstrate skills that have been preserved until today.

During all day the old town transform into a historical stage and turn back in time all the visitors of the event.

On the same day you can also enjoy a special gourmet attraction. In a giant pan, several meters large, a plate of giant truffle omelette is prepared (a mixture of beaten eggs and grated truffles). Other Istrian dishes like vegetable stew “manestra”, pasta “fuzi”, cheese, truffle dishes, sausages and pork loin ombolo  can also be tasted. . You can also try some very good Istrian wine. Miro Petohelb’s wine is recognized as the best wine in the Buzet area.

You can park the car on the parking place near the cemetery Church of St. Vito. This church was built in 1653 by the Raspor’s Captain Marc’Antonio Grimani.