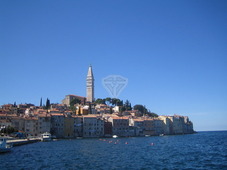 Istria from Smrikve is a virtual book that aspire to introduce the readers to the Istrian culture and to promote Smrikva Bowl, Smrikve and Istria as cultural tourism destination.

In 2005 we started also a tradition of planting an Olive tree that is today a part of the Ambassador’s nomination ceremony. 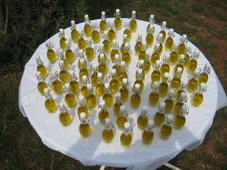 The selected Olive tree needs to be older than the oldest man living on the Earth today and during the ceremony every Ambassador puts a tiny piece of land close to the root of the Olive tree and says his or her name. 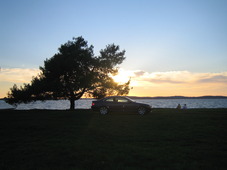 Every person is born without knowing anything about life on this Earth and it is responsibility of every generation to understand and to learn to preserve all that each of us is born with.

As the people who originally planted each of the Smrikva Olive trees, over a century ago, are no longer among us the message these Olive trees transmits to the Ambassadors is that intergenerational responsibility is needed for the future generations to enjoy the beauty of life, the sunsets and the seasons of the earth.

One day we might be able to produce a special selection of Olive oil from the olive trees planted by the future tennis champions. In Smrikve we continue the tradition of Mate and Milka Bencic to produce wine and olive oil. 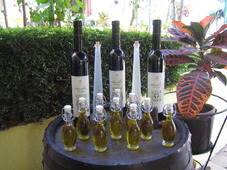 Istria has a very long tradition of producing outstanding olive oil and wine.

During the Roman Empire the Istrian olive oil was considered the best in the whole Empire and Plinio the Elder has left as a written testimony that Livia Drusilla, the wife of the Emperor Augustus, was drinking Istrian wine Pucinum.

Smrikve is a Mediterranean plant named Juniper in English and Ginepro in Italian that grows all around Istria and in many other places around the World. 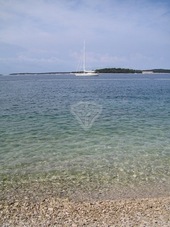 Let me give you few more information about the Istria region: the lowest sea temperature is in March, around 10°C, and the highest in August, reaching almost 25°C. From the end of May until the beginning of September you can enjoy the sea.

Most of the events and festivals take place in the summer, while during the rest of the year you can take pleasure in walking by the sea or enjoy fishing.

Also the cuisine in Istria changes over the year. During different periods you taste different food. The cuisine is another way to learn more about Istrian culture and its heritage.

You will remain surprised by the green areas that you can find in the region. Almost one third of the Istrian territory is covered by woods.

In autumn, when the temperature is still pleasant enough for staying on the seaside, you can walk along the coast and get pleasure from the incredible colours of the Istrian landscape or you can enjoy excursions to: Groznjan, Motovun, Porec, Hum and other lovely Istrian towns.