Pican – Pedena: “Is one of the oldest Bishopric seats in the World” 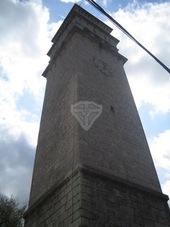 When you pass the town gates on your right side there is the Bishops palace and few meters above there is a 48 meters high bell tower built in 1860. Nearby the Bishop palace there is an old well.

If you take the first street that goes on the right you will pass near the Parish Church of the Annunciation that even today has the status of the cathedral. The area in front of the cathedral offers a beautiful view over the Istrian countryside.

In the same street you will see a stone inscription of the native house of Matko Brajsa Rasan. 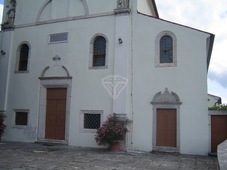 The old Medieval Pican cathedral was reconstructed during the Baroque period. The main nave was expanded in 1613 but was thoroughly modified in the Baroque spirit between 1753 and 1771.

The cathedral was completed in 1771 and is also known as St. Nikifor cathedral. It is likely that St. Nikifor died in Pican in 546. 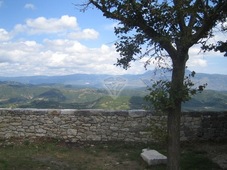 In front of the cathedral there is a beautiful view towards southern parts of Istria. 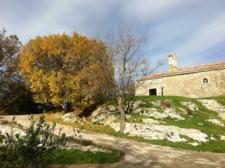 In 1374, when Alberto IV died, Pican became a part of Istrian dominions of the Hasburg family. In 1508, for one year, Venetians occupied Pican because of the war with Austria. 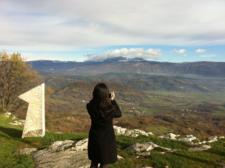 In 1578 Pican had the statute of a town. In 1616, Venetians were again in the war against Austria, Uskoci war, and Pican was defended at that time by Croatian Captain Ivan Seminic.

Pican was for many centuries part of the Austrian dominions in Istria and after a short period of Napoleon rule was again part of Austria and the Austro-Hungarian Monarchy until the end of the First World War. Between the two World Wars, Pican, as the other Istrian towns and villages was part of Italy. After the second World War Pican became part of Yugoslavia (Croatia).