Bale – Valle: “The first Podesta’ of Bale was Zanino Contarini and Bale at the time got its first town statute“ 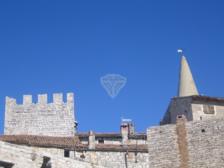 Like many others Istrian towns and villages also Bale was a prehistoric hill fort settlement named Mon Perin and later on a Roman settlement named Castrum Vallis. The old Roman Consular road, via Flavia, was going near Bale.

After the Byzantium period, from the 9th century, Bale’s history was linked with the history of Rovinj.

In 929, Ugo from Provence, King of Italy, gave Bale feud to the Bishops of Porec. Bale belonged to the Aquileia Patriarchs at the time.

Bishops of Porec disagreed and obtained in 1010 from the Pope Sergio VI a confirmation that they are the owners of Bale. This was confirmed by Enrico IV in 1077. Bishops of Porec continued to receive feudal rights over Bale during the 12th  and the 13th century. At the time Bale was ruled by family de Valle, relatives of the family Plain Wieselberg.

Family de Valle were Lords of Bale and the lawyers of the Bishops of Porec. For a period of time they obtained feudal rights also over territories of Dvigrad and Vrsar. They got these rights thanks to the relationship with Bishops of Porec.

After the death of Monfiorito Sergi Castropola his successors were: his brother Nascinguerra II in 1285 and later on his son Pietro with cousins in 1305. 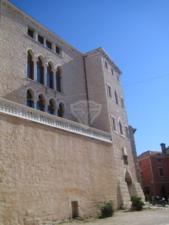 Bale was one of the most important dominions of Castropola family but the same as all the other Istrian towns and territories was involved in several disputes in its long history. In 1295 Count of Gorizia and Pazin, Alberto II, occupied Bale and later on he turned it back to the Aquileia Patriarchs.

In 1309 Bale made an agreement with Venice so the boats from Bale were free to sail in the Adriatic see. In 1318 and in 1328 Bale tried unsuccessfully to became part of the Venice Republic.

In 1330 Bale, in agreement with the family Sergi Castropola, participated in an attack of Barban. Barban was at the time protected by the Count of Istria and people from Bale were sentenced as guilty for the attack and had to pay for that. A year later the famous Istrian family, Sergi Castropola, had to leave Pula and Istria.

In 1331 the Countess of Istria, Beatrice, tried to buy Bale but people from Bale a year later voted to became part of Venice. In 1332 Venetian Doge Francesco Dandolo accepted Bale’s request and agreed to pay for that the feudal rights to the Aquileia Patriarchs.

The first Podesta’ of Bale was Zanino Contarini and Bale during that year made also its first town statute. In the following years Venetians rebuilt the two rings of the town walls and built seven defence towers. 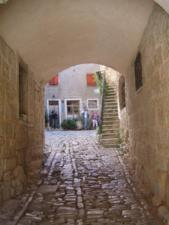 During the war between Venice and Genoa that lasted from 1378 until 1381, the Aquileia Patriarchs occupied another time Bale but after the peace agreement signed in Turin in 1381 Bale returned again to Venice.