Brijuni – Brioni: “Wise and old Istrian olive tree... it would be nice to think that the old olive tree from Brioni could lend a part of its wise to every visitor of the “Islands of Peace””

There are 3 olive trees that have over 2000 years in the World and this one from the Brioni islands is not the oldest one but is among the very old one. It is for sure the oldest olive tree in Istria and as olive tree is a symbol of peace. For its years could be also a symbol of visdom.

Tito died in 1980 and on his funeral there were: Head of States, Kings, Princesses, Head of the Governments, Foreign Ministers representing 127 World’s countries.

There is a say that people are invited for a wedding but on a funeral they come on their own. The funeral can usually tell  you about the respect person that passed away enjoyed during his life.

According to the Istrian historiographer Eduard Calic during the second World War over 60 million people were killed, 40 million people were injured and 50 million of refugees were created. At the time Tito’s army defeated the Nazi Fascist armies and regimes that were formed in the Balkan area. 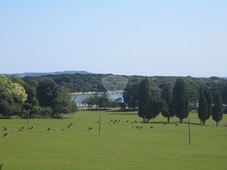 One decade after Tito’s death the country he developed started the dissolution process that ended in different painful wars with over 100.000 killed people and several millions of refugees. 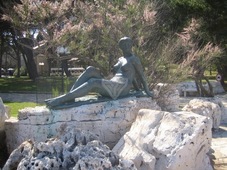 The civilisation is like a circle, new generations need to learn from the olders, need to preserve the good elements of their traditions and solve the challenges each generation face on their own. What happened to Yugoslavia can happen to any instituition built or developed by men: family, company, country, sovra-national organisation, etc.